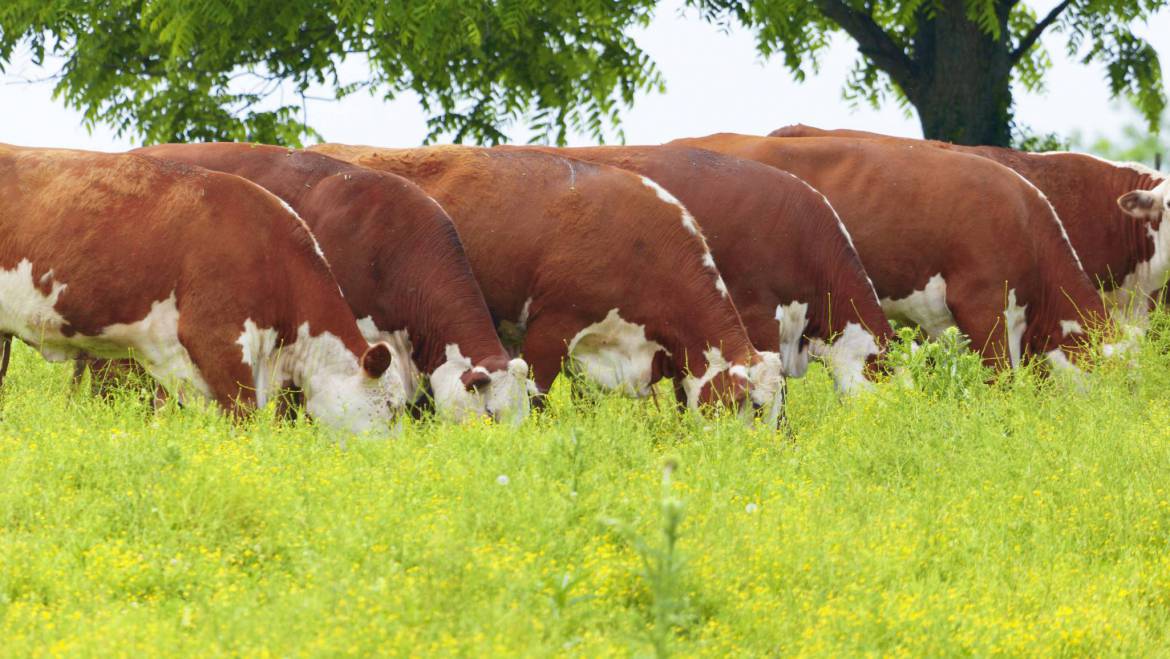 The original home of this cattle breed is probably the Bernese Oberland (Simmental). Simmental Fleckvieh was created from various local strains. The most important strains were the large Saanen and the lighter Frutigvieh. What is certain is that Simmental Fleckvieh has been bred in western Switzerland for at least 1400 years. Simmental Fleckvieh was as closely related to the now extinct Freiburger breed as the Red-Holstein and Holstein breeds. The red pied Simmental cow differed from the Freiburger cow in its recessive red factor inherited from both parents, which led to its phenotypic red pied colour.

After 1830 the first breeding animals were imported into Austria and Germany. Germany now boasts the largest population of this breed, ahead of Austria and Switzerland.

The use of this domestic cattle as a dual-purpose breed is typical only in Central Europe. Worldwide, this cattle breed is of great importance above all in beef production. The milk yield of the mother cows is an excellent basis for breeding purely for beef. The age at first calving is 30 months. Fattening bulls show a daily gain of approx. 1,300 g. The dressing percentage is approx. 63 per cent.
Currently of importance mainly in beef cattle farming only, first genetically hornless animals are also to be found among the dual-purpose type. They are highly suitable for keeping in groups and loose housing. This minimises the risk of injury among the animals and to humans.