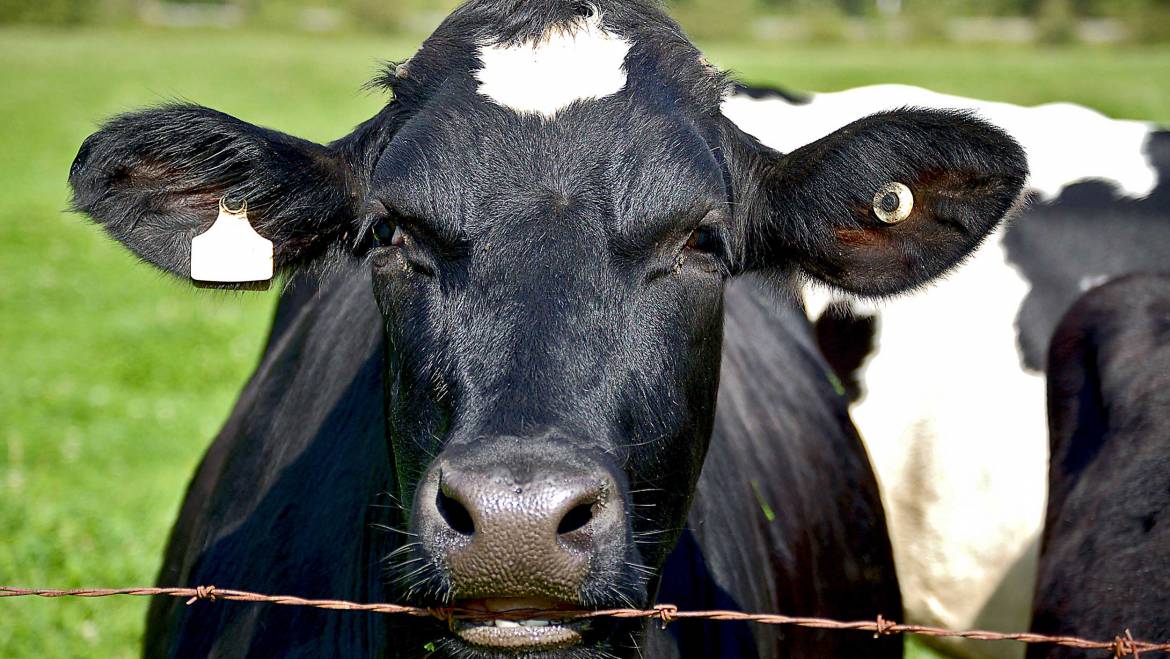 Holstein cattle are one of the most important dairy cattle breeds in the world. They are widely seen as the prototype of a high-yield dairy cow. In Germany it is the most frequently used breed for milk production. With more than 1.6 million registered breeding animals, Germany also has the world’s largest breeding population. They are bred in the colours black and white (Holstein-Friesian, HF) and red and white (Red Holstein).

Holsteins are the leading dairy breed in many parts of the world. Thanks to our long experience we can guarantee a reliable and continuous availability of good animals from the countries of the Alpine region.

This breed originated in North America, where German settlers brought their Friesian and Holstein cattle with them from their native lands in the 17th century. In the USA and Canada, the imported livestock animals (first breed association founded in 1871) became a breed with a very high yield producing milk with a low fat content. And it was only via Canada and the USA that the cattle, now named Holstein-Friesian (HF), reached Germany, where the first herd book was opened in 1876. This new breed was only able to establish itself against German Black Pieds in the 1960s. In the early 1980s, Red Holsteins were strongly cross-bred with the population of German Red Pieds. In the GDR cross-breeding with Holstein-Friesians took place at a much later date. In order to increase milk fat and protein content and boost milk production, Jersey bulls from Denmark were crossed with German Black Pied cows from 1961, first as an experiment and later under an official plan. From the 1970s, Holstein-Friesians were added to the combination in order to boost frame and milk yield. Nowadays, German Black Pied Dairy (SMR) and German Black Pied cattle are endangered by extinction. The Holando-Argentine breed in South America is derived from the latter. For better marketing, the two breed types Red Holstein and Holstein-Friesian were combined in Holstein cattle. Today, other cattle breeds have been strongly displaced worldwide by Holstein-Friesians due to their high milk yield. In addition, Holstein cattle were and are still being crossed into many dairy breeds around the globe. US bulls, in particular, are used strongly world-wide. Complex vertebral malformation (CVM) is a well-known hereditary disease. Knickers, an extremely large Holstein bull from Western Australia, made headlines worldwide in November 2018 for being too large to be processed at the local abattoir, which hence refused to slaughter him. At that time Knickers weighed around 1,400 kg and was 194 cm tall.

Large-framed high-yield cow with a genetic focus on milk production with lactations of 8,000 to 12,000 kg
early maturity
suitable for large farms with intensive feeding