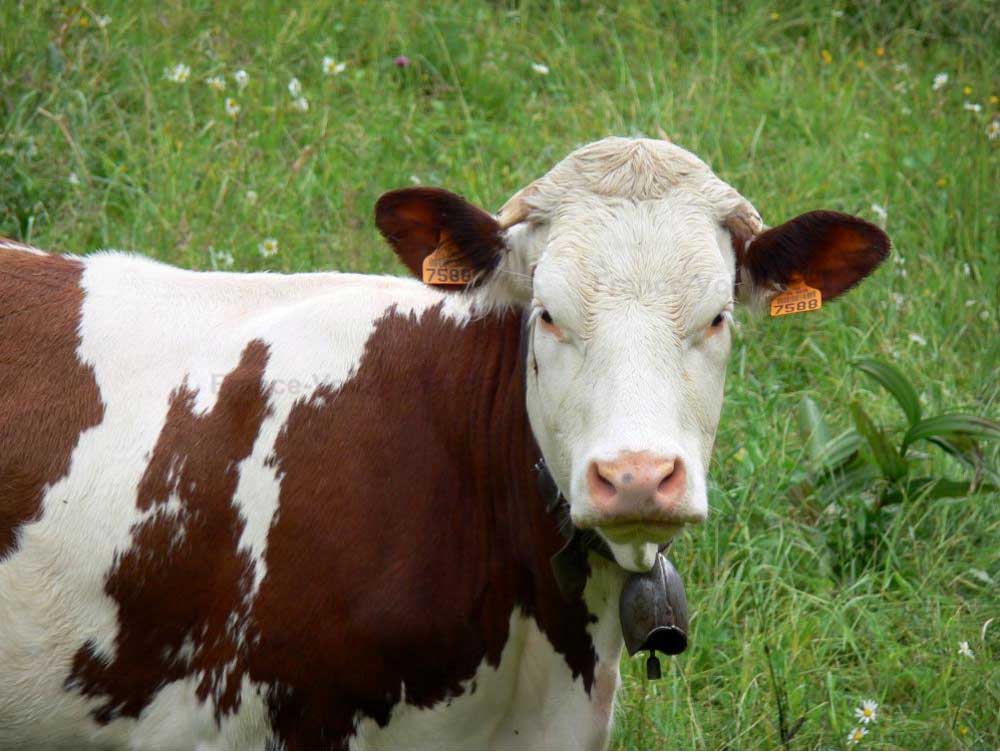 Montbéliarde cattle are named after the Montbéliard region in France. This is a medium to large-framed dual-purpose breed. The animals are red pied with white heads.

In the 1970s, Red Holstein were occasionally crossed into the breed. At the same time, bulls of the breed were crossed sporadically with Fleckvieh, which was usually not very successful. In the 1990s, Montbéliardes were used for cross-breeding with Danish Red dairy cattle and Vorderwald breeds.

This dairy breed has been well-known in the Montbéliard region since the 18th century. It is a cross-breed of the famous Simmental cow and local breeds (Fémeline and Touraches). It owes its original name of Comtoise cow [cow from Franche-Comté] to this cross-breeding. The breed has been recognised since 1889.

This original French dual-purpose breed has an excellent milk yield and quality. Male calves are used in veal production at an age of around 3 months, beef is obtained from one to two-year-old bulls. Montbéliarde cows are often mated with Charolais bulls for beef production in order to increase meat yield